Lubbock, TX – Permian’s boys basketball team was back in action this afternoon, competing in the 61st annual Caprock Classic.  The Panther defense dominated the first half.  Keyonta Johnson and Nakavieon White controlled the boards in the 64-46 defeat of Abilene Wylie in the Lubbock High gym. 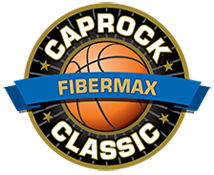 After winning the Tall City Oilman’s invitational, Permian is continuing to build on the successes of the new season.  The Panthers jumped out to a 16-0 start in the first quarter.  Shy Stephens-Deary found an early rhythm and knocked down a pair of three-balls and added a goal.  Meanwhile, Johnson ripped the net on three goals and White added a basket, while Mojo held Abilene Wylie scoreless in the first frame.

Head coach Tim Thomas felt the Panthers were “a little sluggish offensively after a five day break” (from playing in the Midland tournament).  Thomas went on to praise the defensive play, “The guys came out focused defensively with a terrific first quarter. Cedric Baty, JJ Vizcaino, and Nakavieon White played consistently tough on defense.”  Wylie found that out first hand.

The Bulldogs were able to break the silence in the second quarter and added 12 points from six buckets.  The Black Cats had no problem with that as they racked up 17 points of their own.  White slapped eight more points up, including a couple of free throws to extend the Mojo lead to 33-12 at the intermission.

Permian’s White and Johnson continued to dominate in the third quarter.  The two combined for another 11 points, and Jase Taylor added a goal.  The Bulldogs managed to hit a couple of three-pointers, while making four free throws. Wylie was unable to make up any ground, and the Panthers extended their lead to 46-24 by the end of the quarter.

Abilene Wylie made a valiant effort to rally in the final period.  The Bulldogs made four three-balls and another four goals, but the Mojo Machine was just too much.  Baty added five points to lead Permian on an 18-point final quarter push to keep the Bulldogs at bay.  The Panthers claimed a 64-46 opening round victory in the Caprock Classic.

Johnson and White led all game scorers with 17 points each.  Permian will continue in the winner’s bracket tomorrow at 10:30 a.m. in the Frenship gym as they face Lubbock High.