Odessa, TX – The district’s top two teams squared off for a catfight like no other as the Panthers outclawed the Tigers 46-45 in the Permian Fieldhouse.  Shy Stephens-Deary’s layup as time elapsed lifted the Mojo Machine past Frenship on Tuesday night. 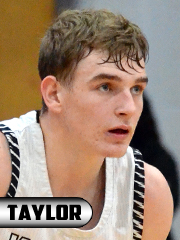 For the first time all season, the Panthers were held scoreless in the second quarter.  That would afford the Tigers a 28-11 halftime lead. Permian would dissolve that 17-point deficit and answer in the third quarter with a fierce defense and heavy dose of Shy Stephens-Deary and Jase Taylor.  Tied at 33-33, the district’s best set the stage for a climatic fourth quarter that wasn’t decided until the clock hit all zeros.

The Mojo Machine didn’t take its first lead of the game until Taylor drained a 3-pointer with under three minutes to play in the final frame.  The Tigers tied the game back up but fouled Taylor with 12.7 seconds remaining.  The senior forward made a free throw to once again give the Black Cats a one-point lead at 44-43.  He would leave the game with a lower leg injury on the next possession and did not return.

An apparent basket by Stephens-Deary would have all but sealed the game, but instead was negated by a charging foul even though the defender was not set in the lane.  Frenship made both bonus free throws with 2.86 seconds on the clock.

With the Panthers down by one, the clock operator started the clock before the inbound pass was touched.  After the officials had discussion and reset the clock, a Tiger defender deflected the second inbound pass out of bounds at mid court.  With 1.52 seconds remaining in the game, Cedric Baty passed the ball to Stephens-Deary in stride for the winning layup as the buzzer sounded.

Coach Tim Thomas praised the Mojo effort and said several of the players have really stepped up when they were needed.  “Our guys are ‘All In To Win’.  That means – I am hustling, I’m battle, and I’m covering for my brother.  Cedric, J.J., Shy, Jase, and the support has been tremendous.  This was a great team victory.”

The Tigers established an early 7-0 lead in the opening quarter, before J.J. Vizcaino drained a three to get the Panthers on the board.  Frenship added another five, but Vizcaino and Keyonta Johnson each made a three-pointer to keep Mojo close.  By quarter’s end, Permian trailed 15-11.  The visitors scored 13 more, while keeping the Black Cats off of the board in the second frame for the 28-11 halftime deficit.  The Panthers erased the 17 point difference in the third period.

Stephen-Deary delivered the game-high 18 points.   Taylor and Vizcaino finished the night with 10 each.  With the victory Permian improves to 4-0 in the District 2-6A standings, while Frenship falls to 2-2.  The Mojo Machine will roll into the Tall City on Friday for a date with Midland High.