Odessa, TX – After falling behind by two goals at the intermission, Permian scored three in the second half to defeat Odessa High in Friday’s crosstown match at Ratliff Stadium.  The 3-2 victory avenges the district loss to the Bronchos earlier in the season. 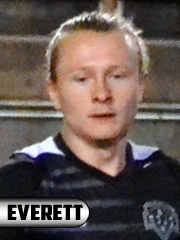 With West Texas weather permitting, it was a great night for soccer.  The first 15 minutes of the season’s second Crosstown Showdown was spent largely near midfield.  Neither participant was able to break the deadlock until a handball on the left side of the box setup a penalty kick for Odessa High.  Jose Leyva sent a curving shot just past the outreached arm of senior goalkeep Carson Roberts to give the Bronchos a 1-0 lead.

Ten minutes later, OHS upped the advantage to 2-0.  Jesus Montes headed a ball that found the back of the net to have the Panthers trail by two goals.  Permian had opportunities to get into striking distance on three occasions, but all three attempts on goal sailed outside of the posts.  The Black Cats managed to deny the Bronchos from adding to their lead the remainder of the half, but still trailed 2-0 at the intermission.

Just as Odessa High had done in the first half, Permian was able to do by flipping the script in the next 40 minutes.  Mojo cut the deficit in half 10 minutes into the second half.  Reese Rivera blasted a goal into the net to make it 2-1.  Sergio Hernandez came up big and tied the game with 14:45 remaining.  Driving up the left side of the box, Hernandez found some space in the right corner of the net to knot the contest at 2-2.

With momentum on their side and under five minutes to play, the Panthers got their first and only lead when Aiden Everett sent a shot between the pipes on a free kick with 4:47 remaining.  The Permian defense bowed up to preserve the 3-2 lead and victory.  In the early match, the Lady Panthers fell 3-1 to the Lady Bronchos.

The Mojo soccer teams will head to Grande Stadium next Tuesday, March 3, for a huge district meeting with Midland Lee.  Permian and the Rebels share matching records in both the Boys and Girls 2-6A standings.  The Lady Panthers are scheduled for a 5:30 start, while the guys will follow at 7:30.