MIDLAND – The Panthers were undefeated en route to claiming the Tall City Oilman’s Invitational tournament title on Saturday at the Chaparral Center.  In the championship game, Permian took over the fourth quarter to secure a 58-44 victory over Coppell. 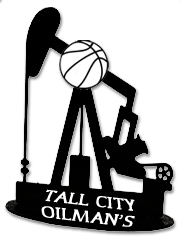 For the first time in the tournament, the Panthers found themselves down early in the contest.  Coppell jumped out to a 10-2 lead and led 16-8 after one quarter.  It wasn’t until midway into the second frame that Mojo began to find a groove, going on a 7-0 run.  By the intermission, Permian made up a lot of ground to trail by a single point at 25-24.

Both the Panthers and Cowboys played with a little more urgency in the third quarter.  While Permian was unable to make up the deficit, Mojo stayed within striking as the third quarter came to and end with Coppell up 38-36.

The Cowboys watched the Panthers uncork a 22-6 fourth quarter run to rally past the visitors.  Nakaveion White led all scorers with 40 points, including a pair of three pointers.  Shy Stephens-Deary finished the game with 14, while Jase Taylor added four.

White, Stephens-Deary, and Cedric Baty were also named to the Oilman’s All-Tournament team.  Permian made it way to the finals by collecting victories over El Paso Americas (53-30) and El Paso Eastlake (68-24).  Taylor was leading scorer against the Trail Blazers with 14 points on Thursday.  In the qualifying game against the Falcons on Friday, White knocked down 16 points, and Stephens-Deary donated another 14.

The Panthers will take a week off for Christmas before returning to action the following week.  Another tournament is on tap, this time in Lubbock.  Permian will be competing in the Caprock Classic (December 26-28).