Wall, TX – In the final game of the non-district slate of road dates, Permian utilized a strong third quarter to claim a 50-33 victory over Wall on Friday afternoon in the Hawk Gymnasium. 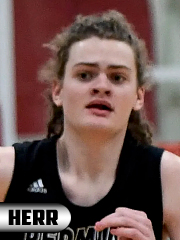 The Panthers got off to a slow start in the first half. Cedric Baty and Tremayne Baty were held to a bucket each, and Ben Saldivar made a trey in the opening period. Wall matched that and added two free throws to give the Hawks a 9-7 lead at the end of the quarter.

Permian was unable to make up any ground, but managed to keep pace in the second stanza. Saldivar, a freshman, and Race Herr, a sophomore, each rattled in a three-ball, while Cedric and Zay Pierce added a pair of baskets en route to a 12-point quarter. Wall’s Tate Williams led the Hawks to a 22-19 slim advantage at the intermission.

Better defense and ball movement propelled the Mojo Machine the next two quarters.  Wall was held to six and five points, respectively, in the third and fourth periods. Permian unleashed a bevy of perimeter three’s in the third frame. Herr and Saldivar each made two, with Dra McGee and Kyson Moreno getting into the three-ball derby. Twenty-two points in the quarter, including six treys, ushered in the Panthers overtaking the lead that they would never relinquish.

Leading 41-28, the Black Cats refused to let the Hawks back in the game the final eight minutes. McGee added a pair of baskets, while the Permian defense remained stingy on the other end of the court. Wall was limited to a single bucket and three free throws down the final stretch for the 50-33 Mojo victory.

The Panthers finished the afternoon dropping nine three’s through the cylinder, four from Saldivar. Herr led all scorers with 15 points. Saldivar finished with 12, and McGee had seven points. Tate Williams was top scorer for the Hawks with 10.  The Mojo Machine improves its record to 6-3 for the season.

Permian will begin District 2-6A play with a crosstown rivalry game with Odessa High (7-2) at the OHS Gymnasium next Tuesday with a 6:00 p.m. tip.