Odessa, TX – Former Permian and longtime Texas high school football coach Gary Gaines has passed away in Lubbock after a lengthy battle with Alzheimer’s disease. He was 73. 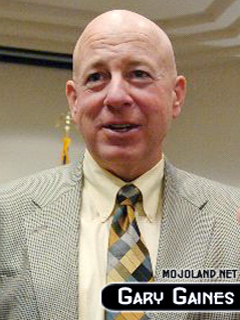 Gaines was born in Crane in 1949 and played quarterback at Angelo State from 1967-70, where he lettered all four years.

Coach ‘Double G’ spent three decades coaching throughout West Texas. His career began at Fort Stockton in 1971, followed by five years at Monahans as an assistant. His first head coaching jobs came at Petersburg (1977) and Denver City (1978), before coming to Permian as an assistant coach under John Wilkins (1979-81). The Panthers would win their fourth state title in 1980.

Gaines would take head coaching positions at Amarillo Tascosa (1982) and Monahans (1983–85). He would return to Permian as head coach in 1986. Mojo would go 47-6-1 during Gaines’ guidance that led to a perfect 16-0 season and state title in 1989. It would be the fifth of six state championships acquired by the Panthers’ football program.

The 1988 season was the subject of Buzz Bissinger’s 1990 best selling book, “Friday Night Lights,” which was eventually made into a movie in 2004 and then a television series. The series was based on the Dillon Panthers and had no ties to Permian or the ‘FNL’ movie.

‘Coach G’ returned to Permian as its head coach, after former Mojo graduate and head coach Darren Allman’s departure to Austin Westlake in 2009.  He would once again lead the Panthers through four seasons.

*Coach Gaines was a gentleman, outstanding mentor, and good friend to know.  He will be missed by far more than just the Mojo community.  Thanks for the many talks and great memories!  Condolences to his family.