Clyde, TX – Wednesday’s ‘Clash of Panthers’ featured one-loss North Crowley and the Mojo Machine in the Area Round of the state playoffs.  From opening tip to the final buzzer, both teams used the strength of defense to offer a low-scoring affair that was not decided until the very last shot.  Permian found itself on the short end of a 39-38 decision in the Bulldogs Gym. 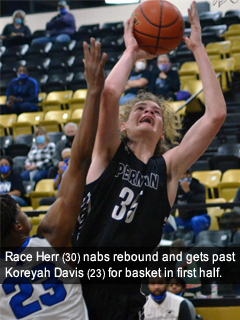 Even with Shy Stephens-Deary and Race Herr leading all scorers with 15 and 14 points respectively,  a single point proved to be the difference in the end.  With time waning inside of 12 seconds, Permian in-bounded the ball to setup the final offensive assault.

Making their way into the paint, Stephens-Deary’s reverse layup wouldn’t drop.  Calvione Calicutt would get the rebound, but was unable to get a shot attempt off.  Pulled jerseys, hooked arms, and a scrum under the basket was left unanswered. The ball was eventually kicked out to the left wing by North Crowley as time expired.  No whistle.  No call.  The buzzer pierced the air to signify the Clash of Panthers had come to an end.

Head coach Tim Thomas had this to say following the game, “I’m heartbroken for the kids, especially the seniors. Considering we had eight days with no practice, played our third game in five days, this includes Covid and the historic weather.”

And even through these elements, Thomas reeled it in and gave this perspective, “This was a tough lost that hurts and you want to win, but it’s not the biggest or most important thing in our lives. Some of our guys will be husbands, fathers, graduate from college, have their own houses, etc.  Those things are more important.”

North Crowley opened the game with an impressive 11-0 run.  The Black Cats were able to compose themselves from the damage and answer with a 7-0 run of their own to get back in the game.  Baskets from Stephens-Deary, Herr, and Calicutt closed out the first quarter with Mojo down by four.  Neither team would enjoy a lead any larger the remainder of the game.

Permian narrowed the deficit by outscoring North Crowley by two in the second frame to send the teams to the locker rooms with the Mojo Machine trailing 19-17.  Cedric Baty hammered down the game’s first trey, and Stephens-Deary and Calicutt added points from the free throw line.

Herr got the hot hand in the third frame, ripping three perimeter three’s to aide the Black Cats to even the score at 28-28 late in the third.  But, the Panthers from the East made a bucket as time ran out on the quarter to regain a 30-28 edge.

The two teams exchanged possessions just as they had done the previous three quarters, where defense refused to let either team gain much advantage.  The final sequence of the ballgame could have easily benefited the Mojo Machine, but that wasn’t how the script played out.  An outstanding season comes to an end with Permian finishing 19-6 and 10-2 in district play.

Calicutt was credited with two deflected shots, a steal, and six rebounds to pace the Black Cats.  Stephens-Deary also had a steal and six rebounds.  Baty recorded four boards and donated five assists.  Permian will graduate four from this team, leaving several now seasoned underclassmen to carry the torch.  And those seniors’ contribution only elevates the future of a solid Mojo basketball program.

*Shy, Zay, Carlous, and Kyson,
Thank you guys for a very memorable journey.  May your future always remain bright. 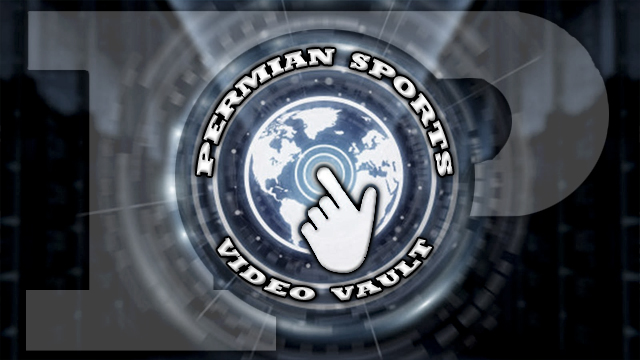